Through their writing and their use of Ovid, Black New Women critiqued the canons of literature that largely excluded black and women authors and that, simultaneously, relegated Ovid to the margins. At the end of the nineteenth century, Ovid’s Metamorphoses had not yet become a part of the classic liberal arts canon, in part because of the risqué nature of the stories and, more importantly, because of the themes of rebellion and sexual transgression within the text. In Metamorphoses, Ovid critiqued Caesar Augustus through stories of human beings that were punished for crimes against one another and against the gods—critique that culminated in Augustus exiling Ovid from Rome. For Black New Women writers combatting white patriarchy, Ovid’s women characters who openly critique and defy sexual abuses by gods usefully paralleled enslaved women’s resistance to the violent sexual economies of plantation slavery and offered rhetorical models for black feminist critique. By recasting Ovid’s text onto American soil and through the black feminine experience, Black New Women undermined the very definition of “the classical” and simultaneously challenged assumptions that marginalized them as authors and scholars.

Additionally, Niobe Repeating identifies works by H. Cordelia Ray, Alice Dunbar-Nelson, and Pauline E. Hopkins as Black New Woman classicist writing, a unique component of the black classicism tradition that intersects neoclassical and proto-black feminism. Like white “New Woman” writers of the late nineteenth century, black women wrote stories that challenged Victorian notions of womanhood and called for women’s liberation. The long history of black classicism, beginning, at least, with the first published black author in America, Phillis Wheatley, lies parallel to but below more canonical conversations of African American literary and artistic production. And yet, many of the authors of the African American literary canon produced black classicist works. For example, authors W.E.B. Du Bois, Charles Chesnutt, Countee Cullen, Zora Neale Hurston, Richard Wright, Ralph Ellison, Gwendolyn Brooks, and Toni Morrison can be counted in the black classical tradition and have been so, in academic research and writing. Most extant research on black classicism concentrates on works and authors from the mid- to late-twentieth century. 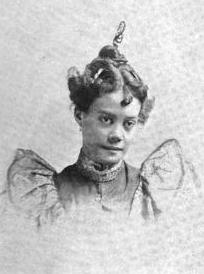 Niobe Repeating takes the existing interrogation of this obscured history a step further by considering the even less visible production by black women before the Harlem Renaissance, particularly as black women authors charted the concerns and anxieties around the shifting landscape of race, class, and gender cultures in the United States at the crossroads of Jim Crow and Suffrage. My project, focuses on the roots of “black classicism,” beginning with Wheatley, and concentrates upon Black New Women who repurposed Ovid’s stories to gain legibility within a standard of American citizenship that was grounded in liberal arts education. In this, the project considers the way that black women writers faced a changing American landscape at the onset of the twentieth century and replicated and revised Wheatley’s classicism to critique the racial politics of their time. Moreover, by bringing Ovidian works into the black American context, these writers challenged popular assumptions about their intellectual capabilities and educations and revealed strategies that black women devised as a means of combatting historical and personal violence against them.